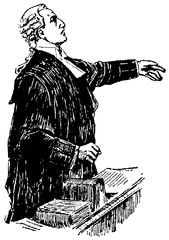 2. Lawyer demands Creative Site send Aggregation Site $20,000, or else we’ll all to court.

3. Creative Site tells lawyer to stuff it, deciding instead that he’s going to raise $20,000 for charity. He ends up raising 10-11 times that much.

4. Lawyer sues Creative Site, not on behalf of Aggregation Site but on his own accord, claiming “cyber-vandalism.”

There was a hint of Lawyer Charles Carreon’s strategy in this Washington Post blog post June 18: “Carreon tells Comic Riffs one of his goals is to become the go-to attorney for people who feel they have been cyber-vandalized or similarly wronged on the Internet.”

As we’ve seen in the media, it doesn’t matter if 98% of the people who know your name think ill of you. As long as the other 2% give you money.

So should we mention that Carreon’s site includes a questionable framing of the Mercury News site?